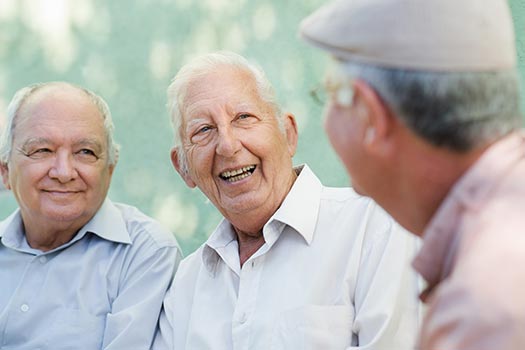 Approximately 44 million adults around the world have Alzheimer’s disease. As research into the disease continues, scientists learn more and more each year. The knowledge gained can then be passed to healthcare professionals, caregivers, and families. Here are some of the facts you need to know about Alzheimer’s disease.

1. A High Number of Older Adults Have the Disease

As of 2014, the Alzheimer’s Association reported approximately 45 percent of adults over the age of 85 have Alzheimer’s. The organization also believes one in eight adults between the ages of 65 and 85 are living with the disease. Alzheimer’s remains the most common type of dementia in the United States.

If your senior loved one needs in-home dementia home care, Lincoln, CA, caregivers are available around the clock to provide the high-quality care he or she needs. Using the revolutionary Cognitive Therapeutics Method, dementia caregivers can help your loved one stay mentally engaged and delay the progression of the disease.

2. Many Seniors Don’t Realize They Have the Disease

During the early phases of the disease, its symptoms tend to be mild. Affected adults often try to hide their symptoms from embarrassment or fear, which delays diagnosis. The mild degree of cognitive impairment and difficulties involved with detection means more than 2.5 million adults may not know they have Alzheimer’s.

3. More Women Have Alzheimer’s Than Men

The Alzheimer’s Association reports that close to 66 percent of adults who have Alzheimer’s in the United States are women. However, the disease is not gender-based, since more women are affected because they tend to live longer than men.

4. It’s Not Just an Elderly Disease

Alzheimer’s is often thought of as a disease for the elderly. However, approximately five percent of adults develop symptoms in their 30s. Though the reason for early-onset Alzheimer’s is not completely understood, researchers believe genetics play a role.

6. It’s One of the Leading Causes of Death

Alzheimer’s disease is currently the 6th leading cause of death in the United States. The increase in Alzheimer’s-related deaths is related to the increased number of adults developing the disease. Another factor involves the advances in treatments for other conditions, which reduces the risk of deaths caused by cancer, heart disease, and other ailments.

7. Many Families Provide Care for Their Senior Loved Ones with Alzheimer’s

More than 15 million people in the United States provide care for adults diagnosed with Alzheimer’s or other forms of dementia. Of this number, approximately 80 percent are family members providing care in their homes or in the homes of an elderly loved one. The majority of caregivers also happen to be female.

Seniors with Alzheimer’s have much to gain when their families opt for professional Alzheimer’s home care. Lincoln, CA, families can rely on compassionate and dedicated caregivers to help their elderly loved ones manage the various challenges of Alzheimer’s disease so they can enjoy a higher quality of life.

8. Providing Alzheimer’s Care Can Be Complicated for Caregivers

Caring for someone with personality changes and aggressive behaviours can put a great deal of stress on caregivers. As such, they are more likely to experience anxiety disorders, depression, and impaired health. Sacrificing employment options or trying to financially support two households also puts family caregivers at a greater risk of developing financial problems.

Seniors who want to remain healthy as they age can benefit in a variety of ways when they receive professional non-medical home care. Lincoln, CA, Home Care Assistance is here to help your loved one accomplish daily tasks, prevent illness, and focus on living a healthier and more fulfilling life. To learn about our high-quality senior care plans or to create a customized care plan for your aging loved one, give us a call at (916) 226-3737 today.