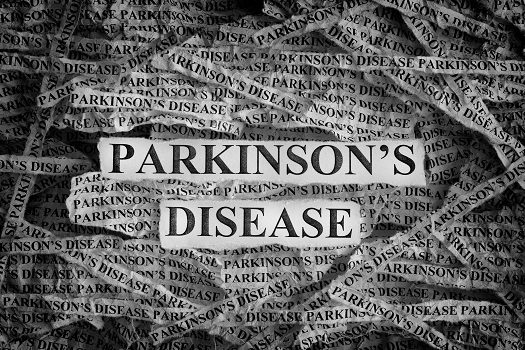 Parkinson’s occurs when neurons in the substantia nigra region of the brain malfunction or die. The brain thus no longer receives sufficient levels of dopamine, which is necessary for cognitive and physical function. A loss of this neurotransmitter causes Parkinson’s symptoms. Researchers believe a number of factors contribute to the devastating biological process.

In 15 to 25 percent of people with Parkinson’s, there’s a family history of the disorder. Genetic mutations are another possibility. A mutation may occur in the SNCA gene, which is responsible for coding a protein known as alpha-synuclein. The protein is associated with certain forms of the disease.

The PRKN gene may also mutate. The PRKN gene is responsible for coding the PINK1 protein, which regulates cardiac and skeletal muscle function.

The LRRK2 gene and the PARK7 gene are responsible for coding proteins that govern brain function. The gene mutations interfere with the brain’s ability to effectively eliminate the proteins, which become toxic and cause neuron death. Some gene mutations interfere with mitochondrial function. In turn, free radicals accumulate and cause neuron and nerve cell death.

People with Parkinson’s are often diagnosed during middle age. However, as adults get older, the likelihood of developing the disease increases. Parkinson’s affects approximately one percent of adults aged 60 or older. On the other hand, the disorder develops 0.001 percent of the time in adults aged 45 or younger. The risk increases up to 5 percent in seniors aged 85 or older.

If your loved one has been diagnosed with Parkinson’s disease, he or she may get a great deal of benefit from having a professional caregiver help with everyday tasks. Families looking for top-rated senior care providers can reach out to Home Care Assistance. From respite care to specialized Alzheimer’s, dementia, stroke, and Parkinson’s care, there are many ways we can make life easier for seniors and their loved ones.

Men develop Parkinson’s more frequently than women. Researchers haven’t solved the mystery as to why there’s a difference between genders. Experts suspect genetics or hormones may play a role.

Head injuries serious enough to cause amnesia or a loss of consciousness have been shown to increase the risk of developing the neurological disorder. A traumatic brain injury causes bleeding, swelling, and inflammation, which result in increased intracranial pressure and cell damage.

Seniors in the later stages of Parkinson’s can live at home, but they will need assistance from a family member or other caregiver to do so safely. For many seniors in Lincoln, CA, live-in care is an essential component of aging in place safely and comfortably. However, it’s important for them to have caregivers they can trust and rely on. At Home Care Assistance, we extensively screen all of our live-in and 24-hour caregivers and only hire those who have experience in the senior home care industry. Our strict requirements ensure seniors can remain in the comfort of home with a reduced risk of injury or serious illness.

The U.S. Department of Veterans Affairs reported in 2009 that some soldiers exposed to the herbicide Agent Orange in Vietnam developed Parkinson’s. Other environmental toxins with suspected links to Parkinson’s include the fungicide maneb, the herbicides dichlorophenoxyacetic acid and paraquat, and the insecticides beta-hexachlorocyclohexane and permethrin.

During the 1980s, it was discovered that a synthetic form of heroin contained the toxic agent known as MPTP, which damages neurons and causes irreversible Parkinson’s. Carbon monoxide, cyanide, and solvents are among other environmental toxins that may lead to the development of the disorder.

Seniors may develop symptoms associated with secondary Parkinson’s or Parkinson-plus syndromes when taking certain antipsychotic or gastrointestinal medications. However, the symptoms typically subside once the medication is discontinued.

Older adults who have experienced small strokes known as transient ischemic attacks may be more susceptible to Parkinson’s due to the cumulative damage that occurs in the brain.

Early diagnosis is critical because Parkinson’s disease can be particularly challenging in its final stages, and family caregivers can easily get overwhelmed. Caring for a senior loved one can be challenging for families who don’t have expertise or professional training in home care, but this challenge doesn’t have to be faced alone. Family caregivers can turn to Lincoln Home Care Assistance for the help they need. We provide high-quality live-in and respite care as well as comprehensive Alzheimer’s, dementia, stroke, and Parkinson’s care. Call one of our Care Managers at (916) 226-3737 to learn about our customized in-home care plans.